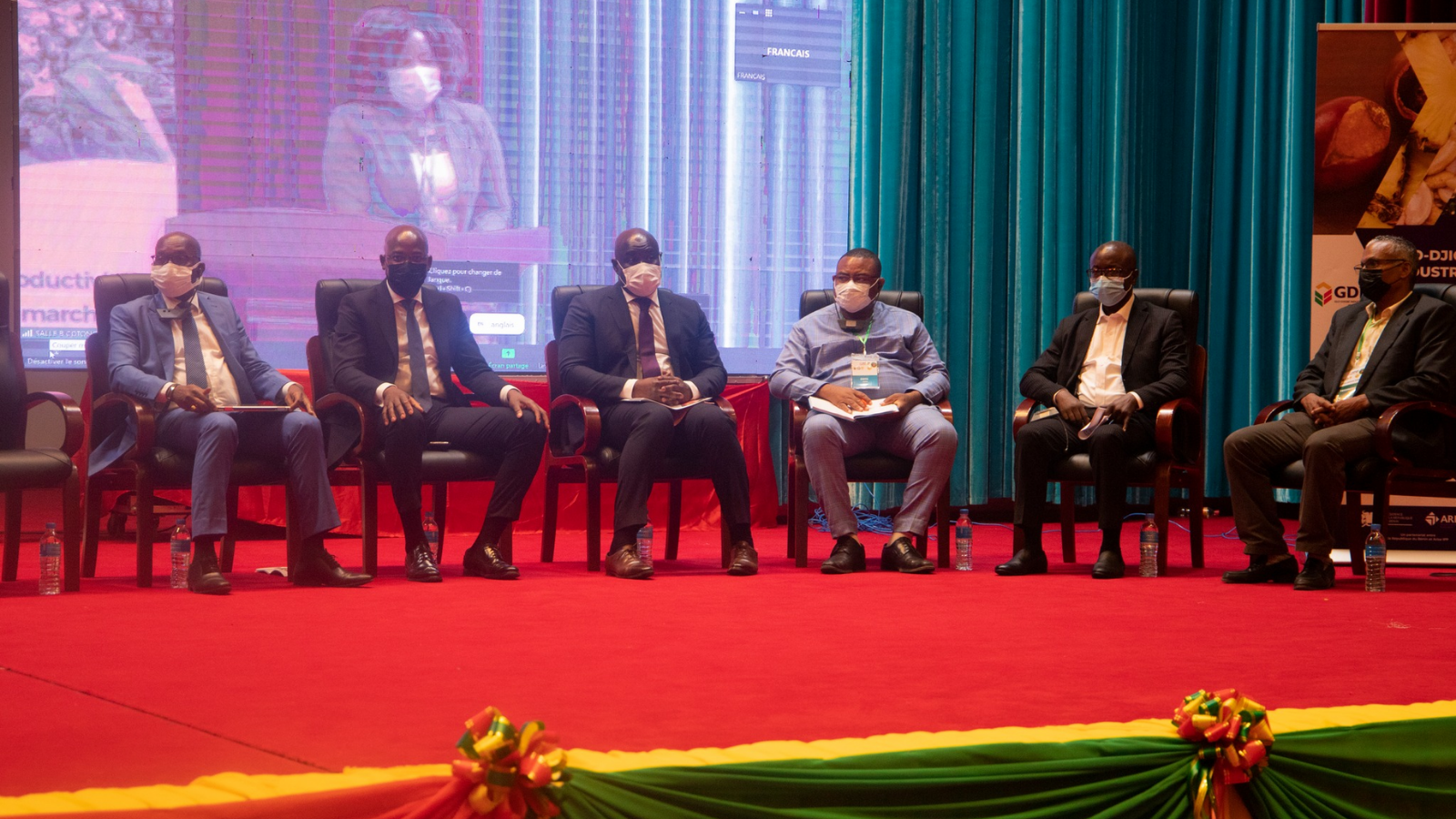 This edition, placed under the theme: “Strategic partnerships for an efficient cashew sector in Africa” has brought together all stakeholders in the cashew sector.

Mr. Letondji Beheton and Mr. Laurent Gangbes, respectively CEO of SIPI Bénin and CEO of APIEx BENIN jointly conducted a workshop on the transformation opportunities for the cashew sector.

Three major topics, discussed during the show, constitute the development of the sector: the reorganisation of the sector, the Support Project for the Competitiveness of Agricultural Sectors and the Diversification of Exports (PACOFIDE), then the installation of processing units in the GDIZ – Glo-Djigbé Industrial Zone.

The GDIZ, accompanied by the government and key actors of Benin, plays a key role in this development!