The AIGLE Group, expert in cotton processing, sets up in the Glo Djigbé Industrial Zone (GDIZ) with an investment of 11 billion FCFA 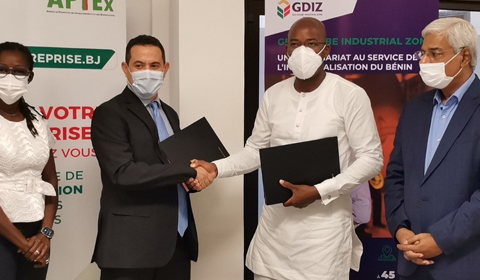 Glo-Djigbe, 20 October 2021. GDIZ is pleased to announce the installation within the Tunisian AIGLE group, specializing in cotton processing and the textile industry. The total investment is estimated at 20 million USD or 11 billion FCFA and will create around 2,000 direct local jobs.

The AIGLE Group is a Tunisian company specializing in cotton processing. Its activity spans the entire value chain: spinning, knitting and making clothes. Created in 1997 in Sfax (Tunisia), it has a production capacity of 30,000 finished pieces per month and exports 97% of its production to France, Italy and Turkey.

Within GDIZ, the AIGLE group will set up an industrial textile unit over an area of 40,000 m², to transform local cotton into knitted and woven products which will be exported to Europe, the Middle East. and Turkey. The AIGLE group will start production by the end of 2022 and once completed, their textile unit will generate a total of 60,000 direct and indirect jobs by 2027. The AIGLE Group is the 7th company to set up operations within GDIZ, which has already signed a total of 10 investors to date.

GDIZ construction began in February 2021 and will be completed by 2022. The GDIZ teams, are working hard to build a world-class infrastructure, deploying considerable efforts to attract investors and generate jobs for Benin. The installation of the AIGLE group in Glo-Djigbé is part of GDIZ’s strategy to actively participate to the promotion of “Made in Benin” through the clothing’s production made for major international and regional brands.

“The installation of the AIGLE group in Benin is a success for our country. This agreement will generate 2,000 jobs, which represents an opportunity for Beninese youth in terms of training and upskilling. Cotton will be exported from the port of Cotonou as a finished product. For the Beninese government, it is a satisfaction and also the realization of the vision of the President of the Republic to promote our country Benin on international markets in the textile industry.” underlined Mr Laurent Gangbès, DG, Apiex Benin.

“The AIGLE Group is very happy to set up on GDIZ, which offers the best advantages to set up and develop its industry in Benin. We are going to transform cotton into medium and high-end product intended for exportation to the European market especially. In this context, 2,000 Beninese will be recruited and trained in the textile sector in general and more specifically in cotton processing,” mentioned Mr Wissem Gam, CEO of the AIGLE group.

Glo-Djibé Industrial Zone (GDIZ), developed by the Société d’Investissement et de Promotion de L’Industrie – BENIN (SIPI BENIN), is a joint venture between Arise Integrated Industrial Platforms (IIP), Africa Finance Corporation (AFC), and the Republic of Benin. GDIZ is a dynamic industrial zone of 1,400 hectares (phase 1: 692 ha) developed by the ARISE Integrated Industrial Platforms (IIP) which counts among its infrastructures several industrial zones in Africa, notably in Gabon (Gabon Special Economic Zone) and in Togo (Adétikope Industrial Platform) and in other countries of the continent. GDIZ will undoubtedly become one of the most successful industrial platforms in the sub-region with the creation of more than 300,000 jobs, including industrial jobs for women.

The Eagle company is specialized in the production of sewing thread in Tunisia. Located 35 km from the port of Sousse, its strategic location allows it quick and flexible access to logistics networks. Since 2016, the company has produced a wide range of products: 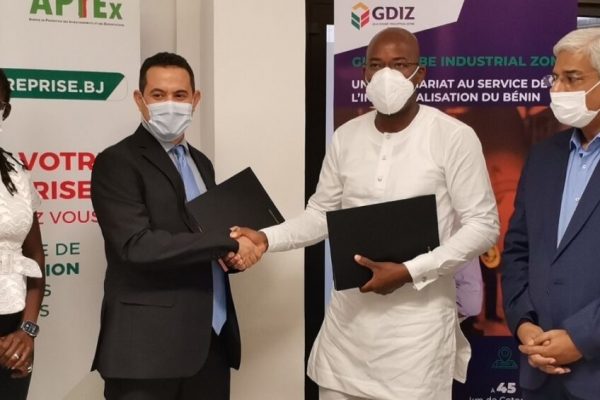