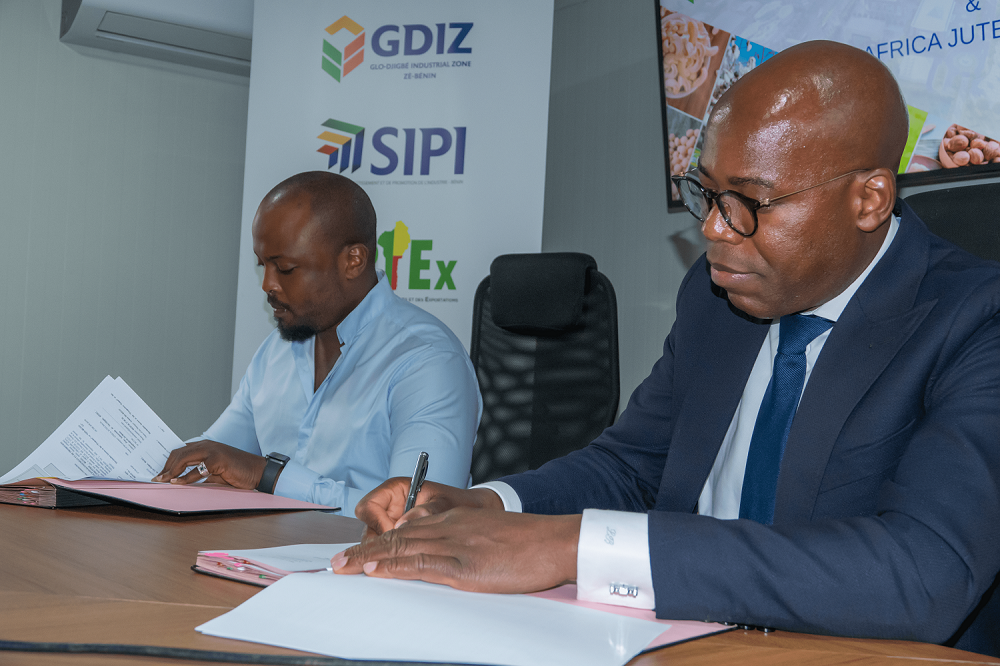 Glo-Djigbé, June 30, 2022 – With an investment estimated at approximately one (1) billion FCFA (approximately 1.5 million Euros), Africa Jutes Industries, a company specializing in the processing of agricultural products, is officially the 30th company to invest in GDIZ.

Africa Jutes is one of the entities of the multinational Africa Negoce Industries, present in Benin and Niger. It has set foot in the GDIZ and will be basing its activity in a Jute bags production unit. This unit will have an annual production capacity of 25 (twenty-five) million Jute bags at peak capacity.

Africa Jutes Bags will be setting up one of the largest jute bags factories of Africa in GDIZ, extending over 2 (two) hectares, and will greatly reduce West Africa’s dependence on imported Asian jute bags. Africa Jutes will be generating over 1,000 (one thousand) direct and indirect jobs in Benin. Since GDIZ will also have the largest cashew producing zone of West Africa, this jute bags factory fits in perfectly with the cashew ecosystem being developed within GDIZ.  Jute yarns will be imported from Bangladesh and woven into Jute bags in the zone. These bags will then be supplied from GDIZ to cashew farmers across the country for the collection of cashews. Once collected, these bags will find their way back to the zone and then get repaired and/or re-used in the next season, thereby resulting in huge cost savings for the Beninese cashew industry. Jute Bags will also be available for cocoa, paddy, onion and other agricultural items across West Africa.

This new investment in the area confirms the confidence that local and international investors put in GDIZ.

”Our ambition is to make GDIZ a sustainable ecosystem that will make West Africa self-sufficient in all aspects of Benin’s transformation of agricultural products. Thanks to this partnership signed with Africa Jutes Bags, the GDIZ will become a key player in the production of Made in Benin packaging that is biodegradable, recyclable and suitable for the agricultural sector. 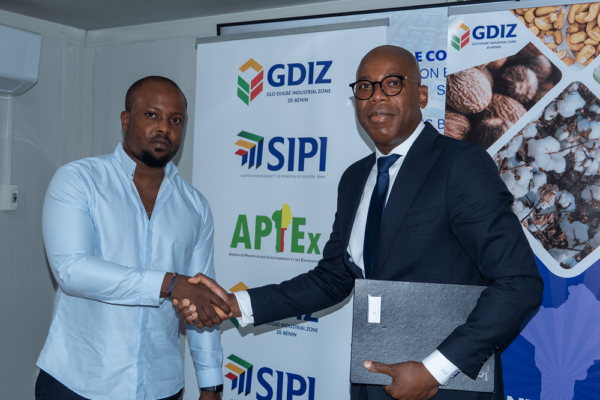 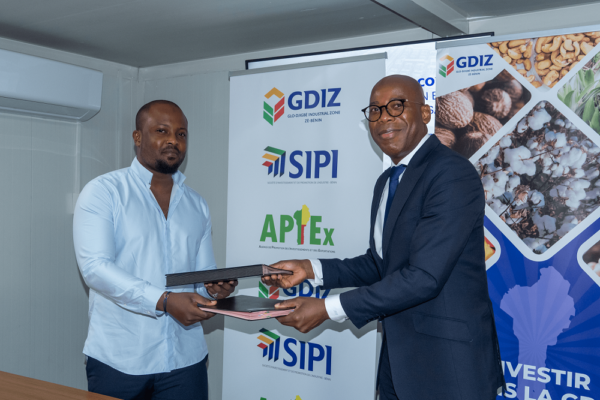 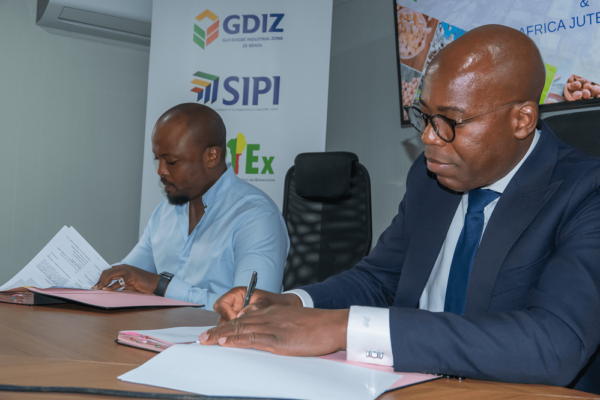 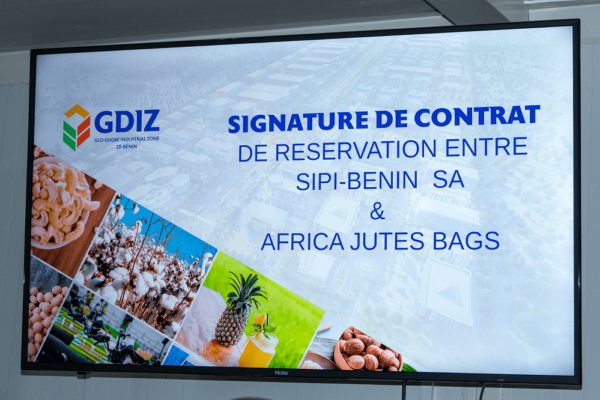