The Anavié, Agbodjèdo and Houézè public primary schools in the district of Tangbo, municipality of Zè benefit from a donation of school supplies from the Company for Investment and Promotion of Industry (SIPI-Benin) and its partners, Énergie Bénin, CGTS (Compagnie Générale de Travaux et Services) and Mapolo Sarl.

The donation ceremony took place on October 08, 2021 at EPP Anavié in the presence of the SIPI communication manager Irmine Gnidéhou, the second deputy mayor of Zè Bernard Houédénou, the district chief of Tangbo, directors of the schools concerned and representatives of the parents of pupils and village chiefs.

The Société d’Investissement et de Promotion de l’Industrie (SIPI-Bénin) sows joy in the hearts of 1,400 children of Anavié, Agbodjedo and Houezè public primary schools through a donation of school supplies with a total value of 5,000. 000 FCFA.

The donation offered is composed of notebooks, pens, slates, eraser, pencils, pencil sharpener. Resulting from a public-private partnership between the Beninese government and the Arise group responsible for the construction and management of the GDIZ (Industrial Zone of Glo-Djigbé), the Société d’Investissement et de Promotion de l’Industrie (SIPI -benin’s) mission is to participate in the industrialization of Benin while ensuring the well-being of communities.

According to the director of EPP Anavié, this donation of school supplies is the very first in the history of this village. “This gesture will be engraved in the history of Anavié because we have never known such an event. We are used to receiving people who come to give school supplies to underprivileged children but not to all students,” said Coovi Remond Yèhouénou. He did not fail to thank the donors. “Apart from the mission that the government has entrusted to you, you have chosen not only to create jobs within our municipality, but you are voluntarily helping out in the social sector by organizing the ceremony today for the delivery of school supplies to our children. Be thanked,” said the second deputy mayor of Zè, Bernard Houédénou.

Bernard Houédénou also thanked the government of President Patrice TALON for its benevolent glance towards the municipality of Zè. The Glo-Djigbé industrial zone development and servicing project in the towns of Tori-Bossito and Zé aims to promote Fashion In Benin through the processing of local products. 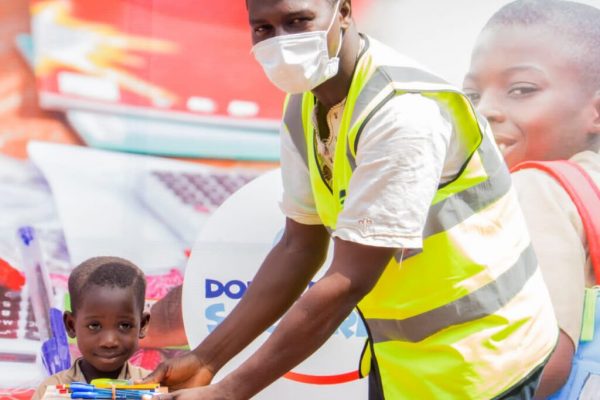 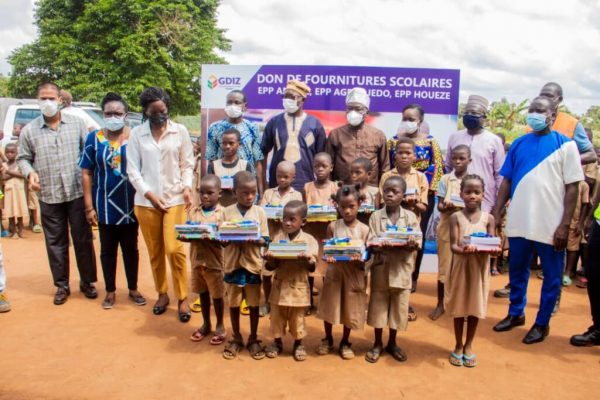 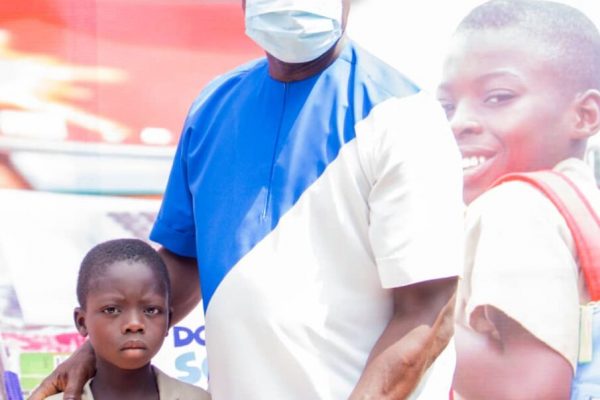 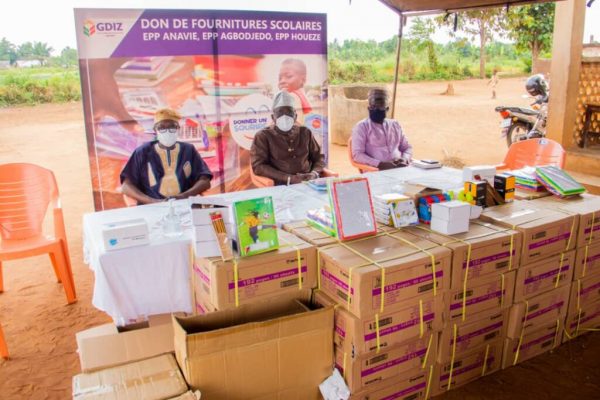